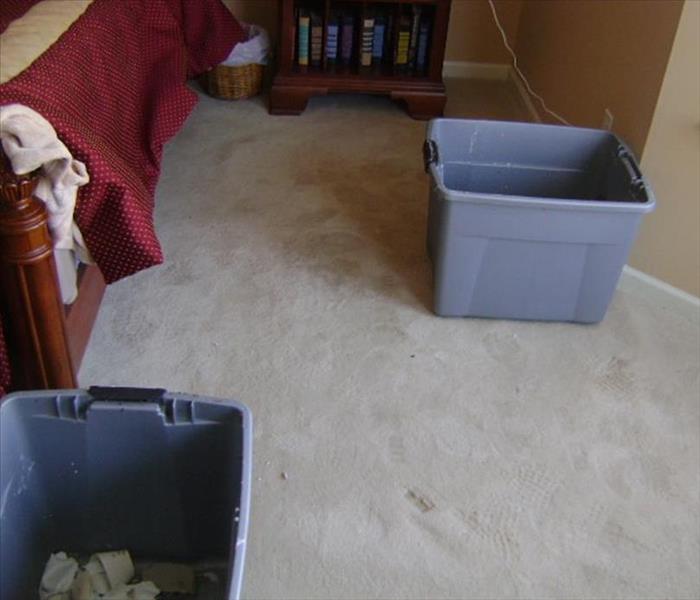 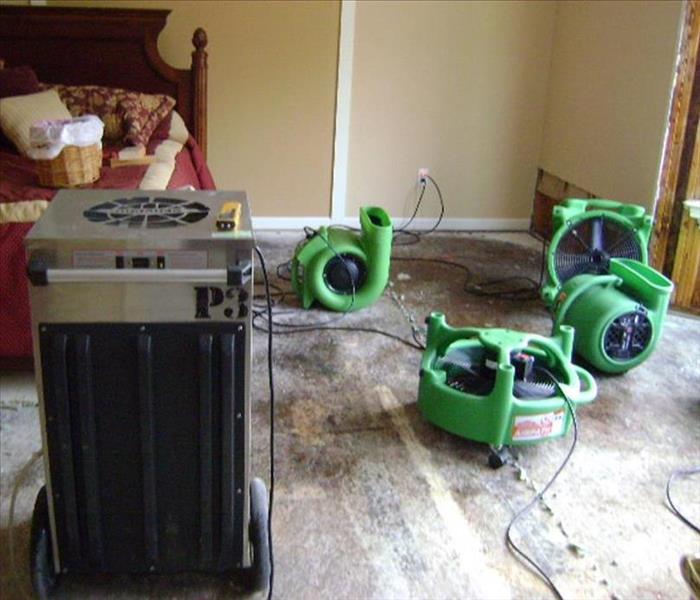 During the winter of 2011 the Danbury, CT area was hit with significant snow and ice which caused massive ice dam issues with the majority of the residences in the area. SERVPRO of Danbury/Ridgefield was contracted to perform water damage mitigation services in over 30 units in just 1 condo complex. After the ice dams were removed we began emergency extraction and drying of the affected areas. Utilizing our large supply of drying equipment we were able to service all the affected units quickly which reduced the amount of secondary damage.

An ice dam is a problem of house and building maintenance on sloping roofs in cold climates. Ice dams on roofs form when accumulated snow on a sloping roof melts and flows down the roof, under the insulating blanket of snow, until it reaches below freezing temperature air, typically at the eaves. When the meltwater reaches the freezing air, ice accumulates, forming a dam, and snow that melts later cannot drain properly through the dam.

The melting of roof snow comes from two reasons: Heat from inadequate roof insulation and heat leaks, and inadequate ventilation. This condition is called a warm roof and the heat conducted through the roof melts snow on those areas of the roof that are above heated living spaces, but the snow does not melt on roof overhangs. Ice Dams and related leaks are not the result of faulty roofing material. This snowmelt continues to run down the roof on cold nights and freezes when it contacts the cold air.